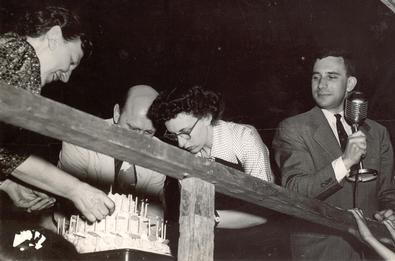 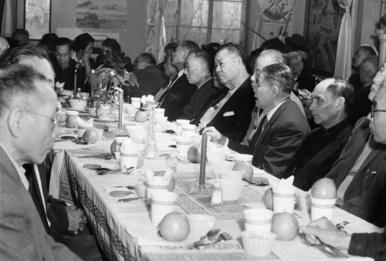 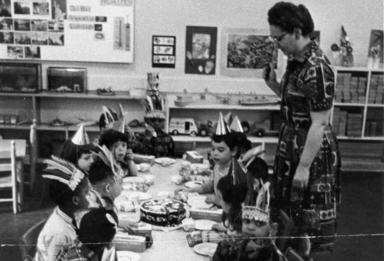 Hamilton-Madison House has been servicing the residents of Manhattan's Lower East Side since 1898.

During the nineteenth and early twentieth century, thousands of European immigrants settled in the crowded tenements of Manhattan's Lower East Side, including the Two Bridges neighborhood. Due to the extreme influx in population, lack of infrastructure and government assistance during this time, the quality of life in the impoverished neighborhood was incredibly dismal and disease spread rampantly among immigrants.

As conditions within the immigrant slums worsened at the turn of the century, middle-class social reformers lobbied for public assistance for the poor. Settlement houses were established that offered area residents with social services and educational programs. Among the Lower East Side settlement houses were the Madison House of the Downtown Ethical Society and the Henry Street Settlement on Hamilton Street.

The Madison House was founded by two young German Jews in 1898 to fight some of the serious problems of the day. Hamilton House was established in 1902 to help the new Italian immigrants who were suffering from Tuberculousis. Over the twentieth century, this low-income , immigrant community continued to evolve from a population that was Jewish and Italian to Irish, Dominican, African-American and, finally, Chinese. As waves of immigrants shifted from European to Latino and then Asian. Both Hamilton House and Madison House continued to change to meet the needs of their individual communities and in 1954 joined forces to become the Hamilton-Madison House. In 1997, Hamilton-Madison House centralized most of its mental health services in the new Two Bridges Tower on South Street.

We take pride in the thousands of lives we helped improve since 1898.